Ok, so I like baking with bananas. I bought a few to make cookies to send to my grandmother (that’s a separate blog post!), and I bought a few extra also. I told the husband that he could eat them if he wanted to, because last time I bought extra bananas, I nearly chopped his hand off when he went to take one.

By the middle of last week, none of the bananas had been eaten. Husband was working from home, so I told him to grab all my Baked books (yep, I have four) and pick a banana recipe for me to make. He chose a recipe from Baked Elements, which is a really cool dessert cookbook that has the recipes put into categories based on their main ingredient.

END_OF_DOCUMENT_TOKEN_TO_BE_REPLACED 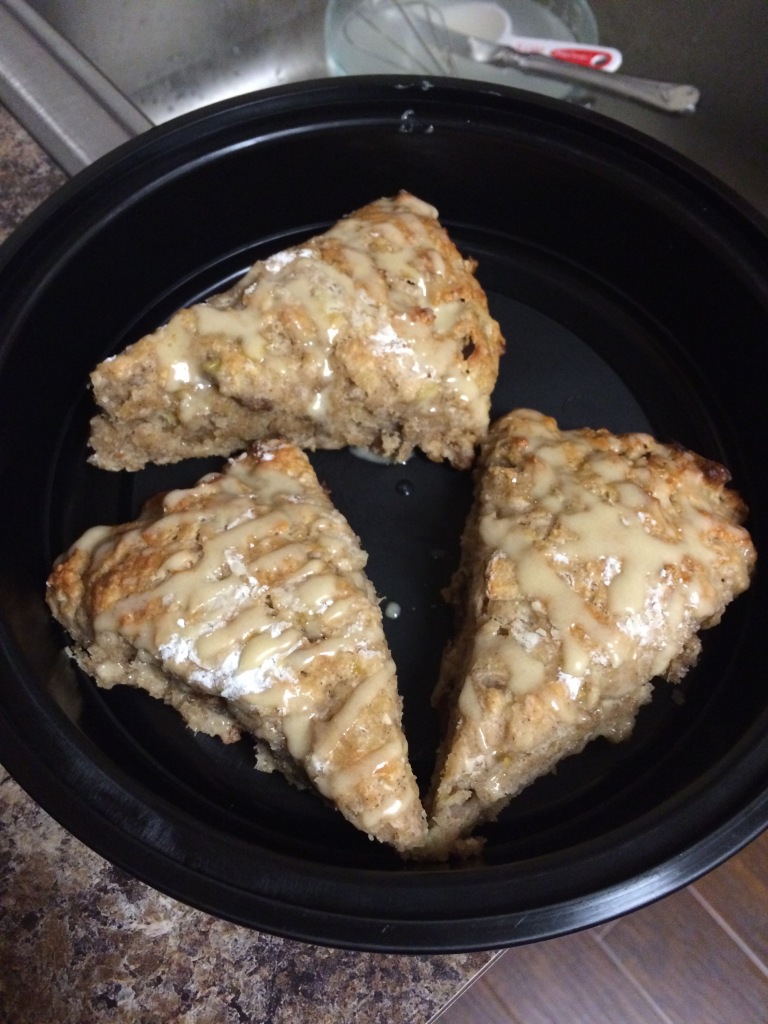 I bought bananas to make these special healthy cookies that my Grandmother loves to mail to her, and I bought some extra bananas to do something else with. So I was searching Pinterest for banana recipes (follow me!), and I spotted banana bread scones, which I thought sounded genius.