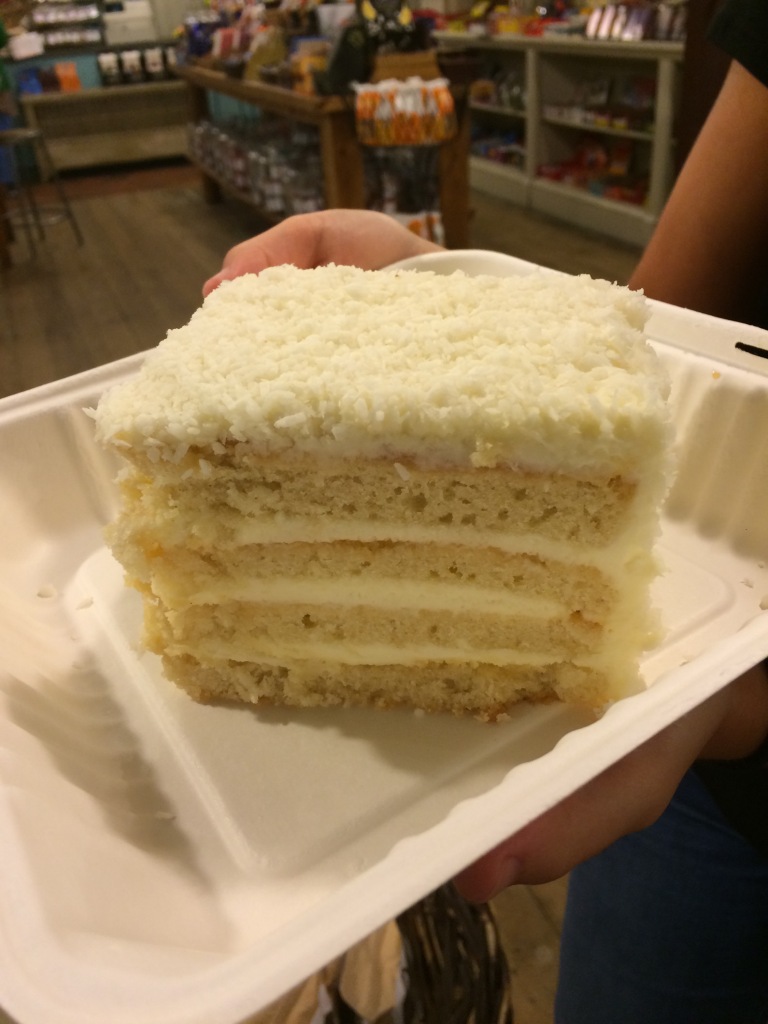 When people think of Durham, North Carolina, they generally think of Duke University. There’s good reason for that – between the hospital and the basketball team, who won the NCAA championship this year. Durham is known as the City of Medicine, but I think it could just as easily be called the City of Food.

My latest stops on the NC dessert tour were both in Durham. The first was Foster’s Market, a small, local market/cafe. My sister, husband, and I went for dinner, but we couldn’t resist staying for dessert. And yes, we got three different desserts. You know, for research.

Husband chose the chocolate peanut butter pie – no surprise there. I think this one was a winner, with great flavor and texture. Husband’s only criticism was that it tasted more like “peanut” than “peanut butter.”

The real winner of the night was my sister’s pick of lemon coconut cake. This picture does not accurately convey how HUGE that slice of cake was. In fact, it wasn’t a slice at all. It was a slab. She automatically got it in the to-go box because there’s no way she was going to finish it in one sitting.

The flavor profile was unique, the cake itself was nice and fluffy, and the icing wasn’t too sweet.

Overall, Foster’s Market gets a mediocre review from me. I was disappointed by my pie, but the other two selections were pretty good. But moving on… 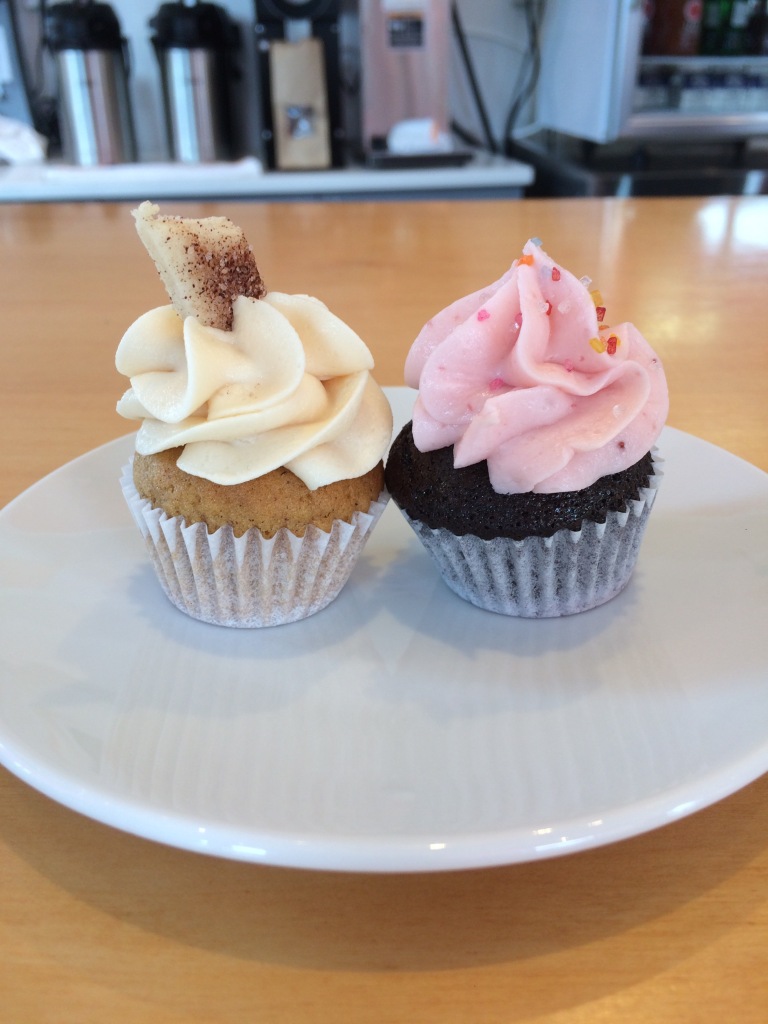 … to cupcakes! Cupcake Bar in downtown Durham was a last minute stop after lunch with friends at Bull City Burger, but it turned out to be an excellent decision for multiple reasons.

First, it was the shop’s birthday, so everyone got one mini cupcake free. Second, the cupcakes were delicious! Three of us tried five flavors, and they were all excellent.

Fortunately, she was absolutely right! The cupcake tasted just enough like sweet potato without being overwhelming, and the frosting was caramel, which is one of my favorite flavors. The little cookie stuck on top tasted like a piece of pie crust!

The chocolate cake with strawberry frosting was also delicious, although not quite as unique. Again, neither flavor was too overwhelming, and they complemented each other nicely. 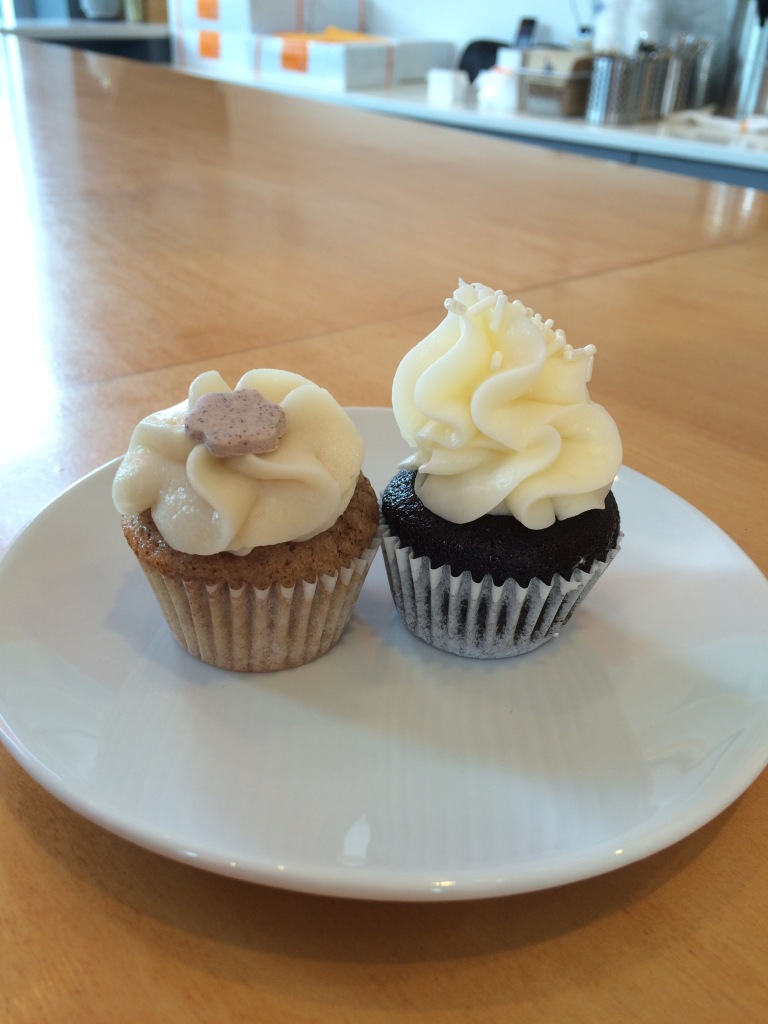 And my friend and fellow cupcake connoisseur Ashley chose the honey vanilla and the chocolate cream cheese. All three of these flavors got rave reviews! Honestly, you can’t go wrong with a cream cheese icing, and Ashley said that the honey cupcake had a good amount of honey without being overly sweet.

They also had a flavor contest going on, so obviously I had to submit an idea. It’s been a few weeks, so I assume that my flavor wasn’t chosen. Who thinks I should just make it myself?